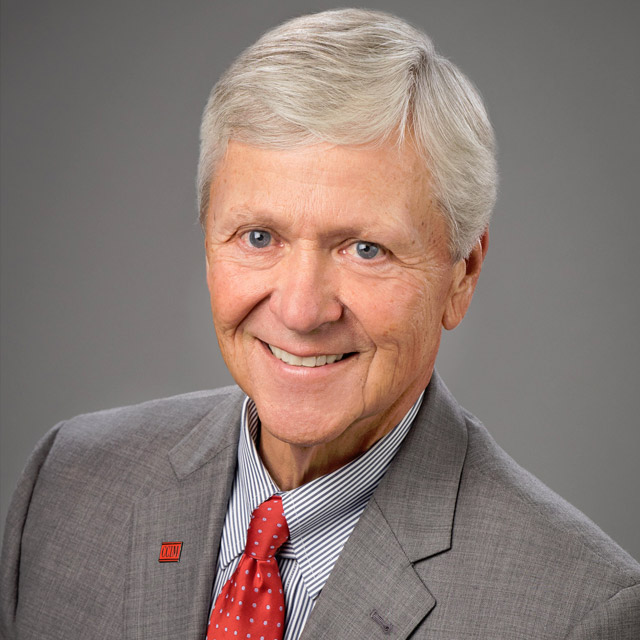 Bob has overseen numerous real estate developments throughout the Carolinas that include residential, commercial and hotel projects. He has also completed numerous multi-million-dollar commercial investment real estate transactions on behalf of his clients.

Before organizing a commercial real estate company in 1978 in Flint, Michigan, Bob was an Army officer having served in Viet Nam, and upon his honorable discharge, he joined Xerox Corporation where he rose to the position of National Accounts Manager.

After moving his family to Charlotte, NC in 1981, Bob formed a commercial investment real estate company. He later joined MECA Properties as Vice President of Development where they collaborated on Olmsted Park, one of Charlotte's first mixed use, infill developments. In 1989 the Koury Corporation, in Greensboro, NC, recruited him where he oversaw the master planning and land development of the 1400-acre Grandover Resort. Bob joined Pharr Yarns, Inc. in 1993 as their Director of Real Estate Operations and was responsible for numerous development projects on their behalf until he founded Clay Realty Advisors in 2004.

Bob served on the Metropolitan Board of the Gaston YMCA, headed the building committee of the 46,000 square foot R. L. Stowe, Jr. YMCA and was voted Board Member of the Year in 1996. He has worked on the Steering Committee of the Gaston County Unified Development Ordinance and the City of Belmont's Comprehensive Land Plan. He has served on the Gaston Chamber of Commerce Board of Directors, its Executive Committee and is the founding Chairman of the Greater Gaston Development Corporation – Alliance for Growth. In 2009, Bob received the Inspiration Award as Businessperson of the Year from the Gaston Regional Chamber. He also served on the Regional Roads Committee and is a past Board Member of the North Carolina Turnpike Authority. In 2016, he received the Spirit of the Carolinas Award from the Gaston Regional Chamber and was made a member of the "Order of the Long Leaf Pine" by Governor McCory recognizing his Community Service.